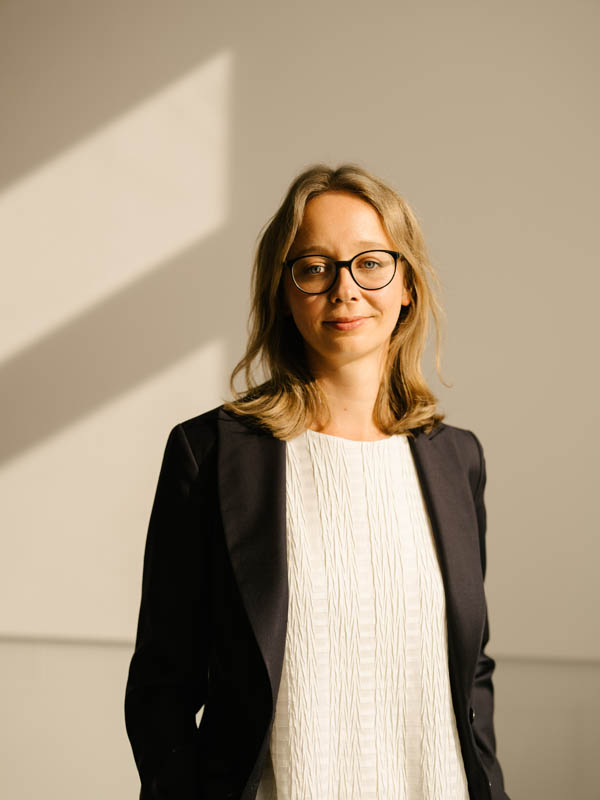 Miriam Sprink has been in-house counsel at Notare am Alstertor since 2017.

She is particularly active in the notarial accompaniment of matters relating to family and probate law matters and their points of intersection with real estate and corporate law.

Miriam Sprink read law at the Ruprecht Karl University of Heidelberg from 2007 to 2012. She then worked as an assistant to Prof. Markus Stoffels at the Chair of Civil Law, Labour Law and Corporate Law at Ruprecht Karl University of Heidelberg, where she also completed her doctorate from 2012 to 2014. Miriam Sprink spent her subsequent legal traineeship from 2014 to 2016 at the Hanseatic Higher Regional Court of Hamburg, with periods in Dortmund and New York City.

After passing her second state examination, Miriam Sprink was initially employed as a lawyer at CMS Hasche Sigle in Hamburg, before accepting her current position as in-house counsel at Notare am Alstertor in 2017.

Miriam Sprink has taught various areas of civil law at a number of universities for several years.

She also speaks English and has basic knowledge of French and Spanish.